A first look at the Parramatta Light Rail alignment has been revealed to the community as the project gains momentum, with track work underway from Westmead to Carlingford.

The new artist impressions offer a glimpse of how Greater Parramatta will be revitalised by modern, frequent light rail.

The artist impressions highlight how the light rail will integrate into the surrounding urban landscape, including a new cycling and walking path, and transform parts of Parramatta.

The artist impressions showcase a first look of the light rail at Westmead and the Cumberland Hospital Precinct. They also reveal the design of the alignment at Tramway Avenue where trams from the former Duck River tramway ran from 1883 to 1943; as well as new images of the alignment between Carlingford and Camellia, where the former T6 heavy rail line is being converted to light rail; and visions of ‘Eat Street’ – the dining precinct in the heart of Parramatta CBD.

Below: Artist impression of the light rail along Eat Street. 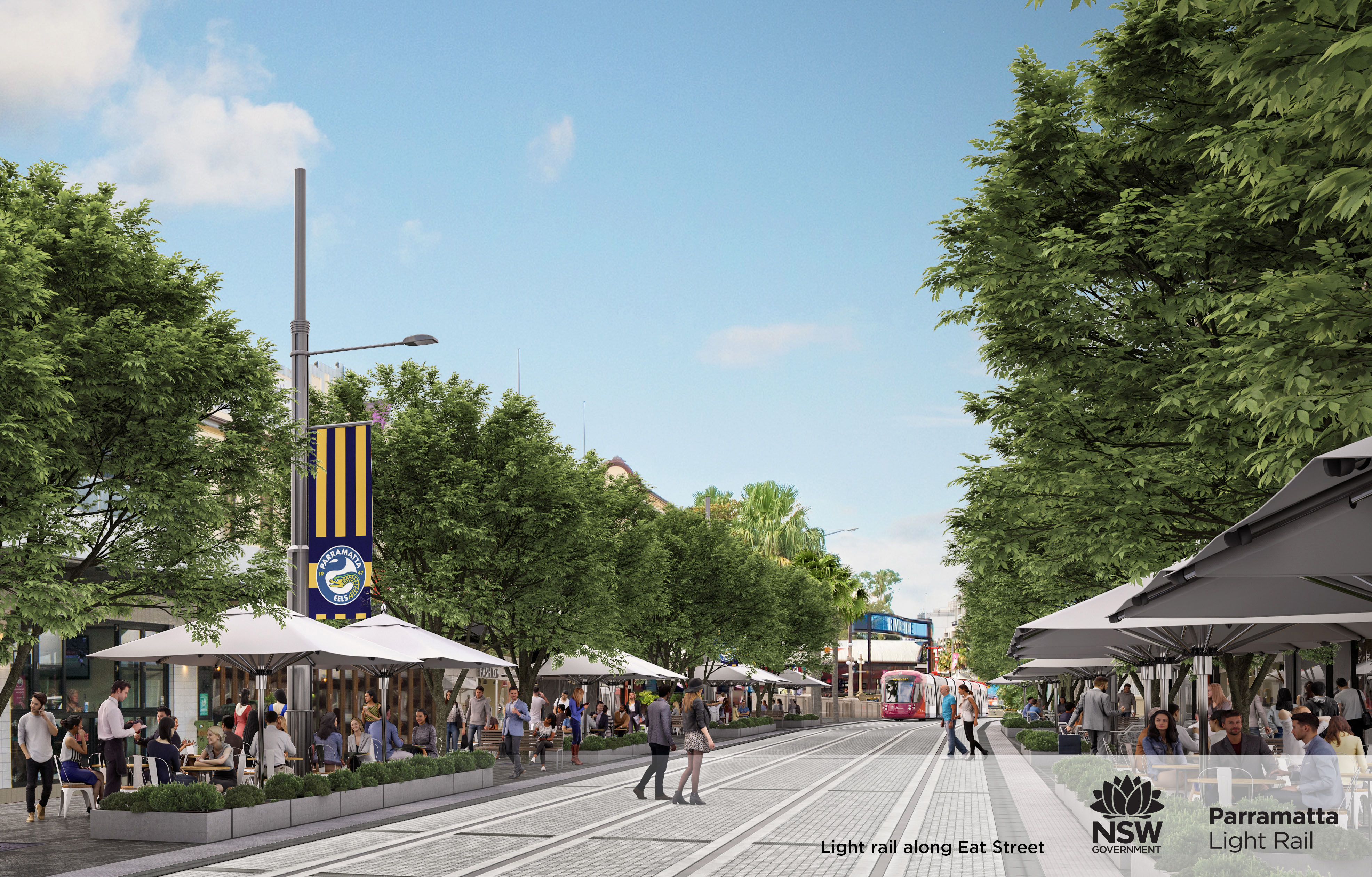