The NSW Government will proceed with Parramatta Light Rail Stage 2, committing $602.4 million to commence the detailed planning process to move ahead with the Western Sydney megaproject. This commitment will go towards early works and building the vital bridge connection across the Parramatta River between Wentworth Point to Melrose Park.

Planning and development work is continuing, including utilities and geotechnical investigations. The team is also investigating manufacturing opportunities for light rail vehicles and associated equipment in Australia.

Stage 2 of the Parramatta Light Rail will connect Stage 1 and Parramatta’s CBD to Sydney Olympic Park via Camellia, Rydalmere, Ermington, Melrose Park and Wentworth Point. It will connect the local communities in the Greater Parramatta and Olympic Peninsula, and bring the vision of a ‘30-minute city’ closer to reality.

Stage 2 will have 14 stops over a 10-kilometre two-way track, with travel times of around 31 minutes from Camellia to the Carter Street Precinct via Sydney Olympic Park, and a further 7 minutes to the Parramatta CBD. 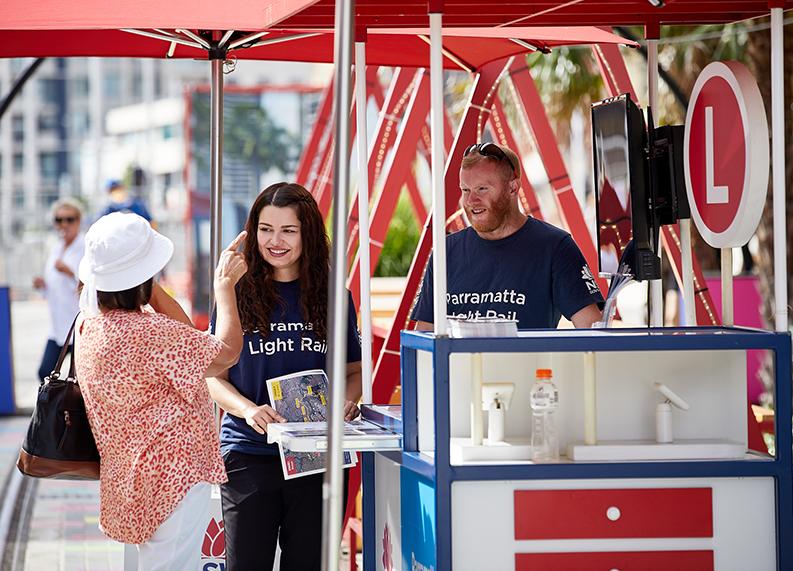 The Environmental Impact Statement for Stage 2 of the Parramatta Light Rail is on public exhibition.

This allows residents, stakeholders and businesses the opportunity to learn more and help shape this important transport project.

Stage 2 will connect Stage 1 and the Parramatta CBD to Sydney Olympic Park via Camellia, Ermington, Melrose Park and Wentworth Point, and connect local communities across Greater Parramatta and the Olympic Peninsula.

Visit the virtual engagement room to learn more and provide your feedback by 16 December 2022.

Find out more, including details of our drop-in info sessions. 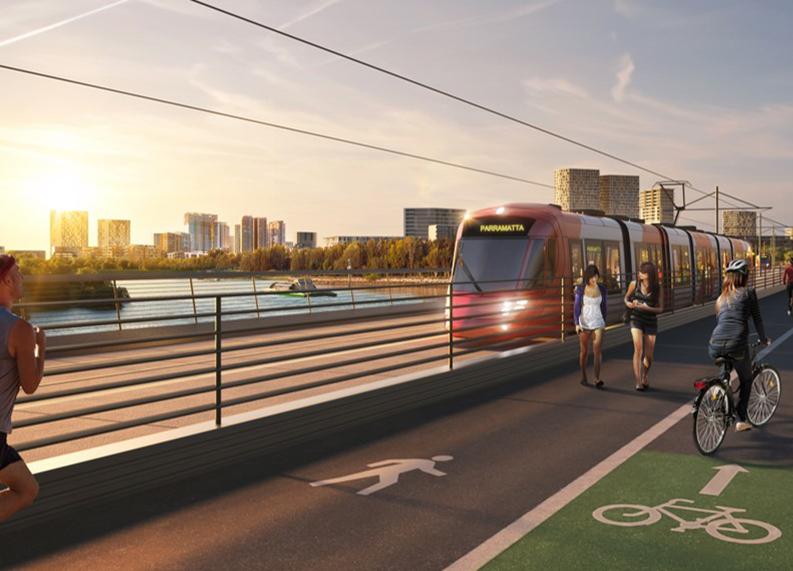 Since Stage 2 of the Parramatta Light Rail was announced in October 2017, there’s been ongoing engagement with NSW Government agencies and major stakeholders across the Greater Parramatta and Olympic Peninsula region to ensure there is a ‘whole-of-government’ approach.

Since March 2018, a number of stakeholder workshops have been held to map out a shared vision for the project. This included representatives from the City of Parramatta Council, NSW Land and Housing Corporation, Greater Sydney Commission and Transport for NSW.

The team is working closely with major landowners in Camellia, Melrose Park and Wentworth Point to design the light rail so that it integrates and properly supports future development in these suburbs. 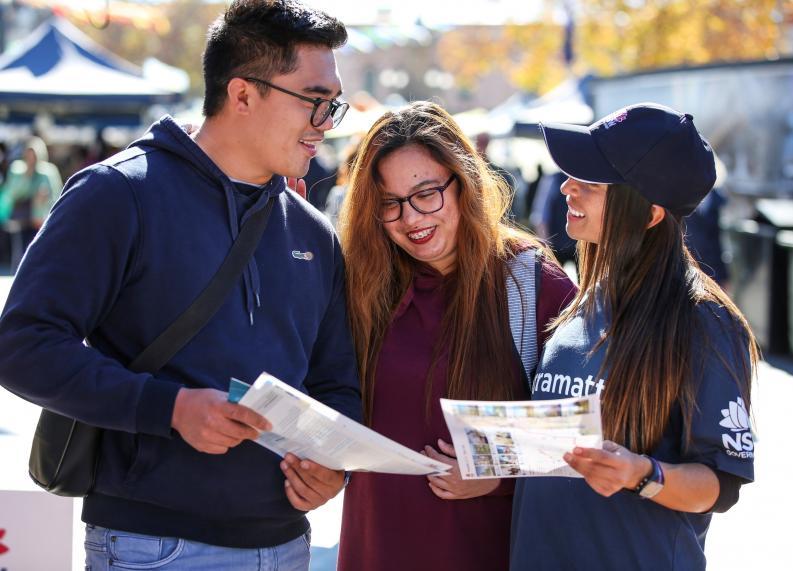 Community consultation on the second stage of the Parramatta Light Rail has been ongoing, with 30 information sessions held along the alignment, which have been attended by more than 2800 people.

In July 2018, the NSW Government announced an alternate route along Waratah Street in Melrose Park would be investigated due to feedback received from local residents.

From May to June 2022, Transport for NSW engaged with the community extensively on the preferred Stage 2 route and 15 stop locations from Camellia to Sydney Olympic Park through the launch of a Virtual Engagement Room and ‘have your say’ community survey. The Parramatta Light Rail team held various pop-up information stalls along the proposed route during the engagement period, and also promoted the survey through emails, letterbox flyers, social media and face-to-face engagements.

For times and locations of upcoming community engagement sessions, visit Meet the team.

Stage 2 of the Parramatta Light Rail 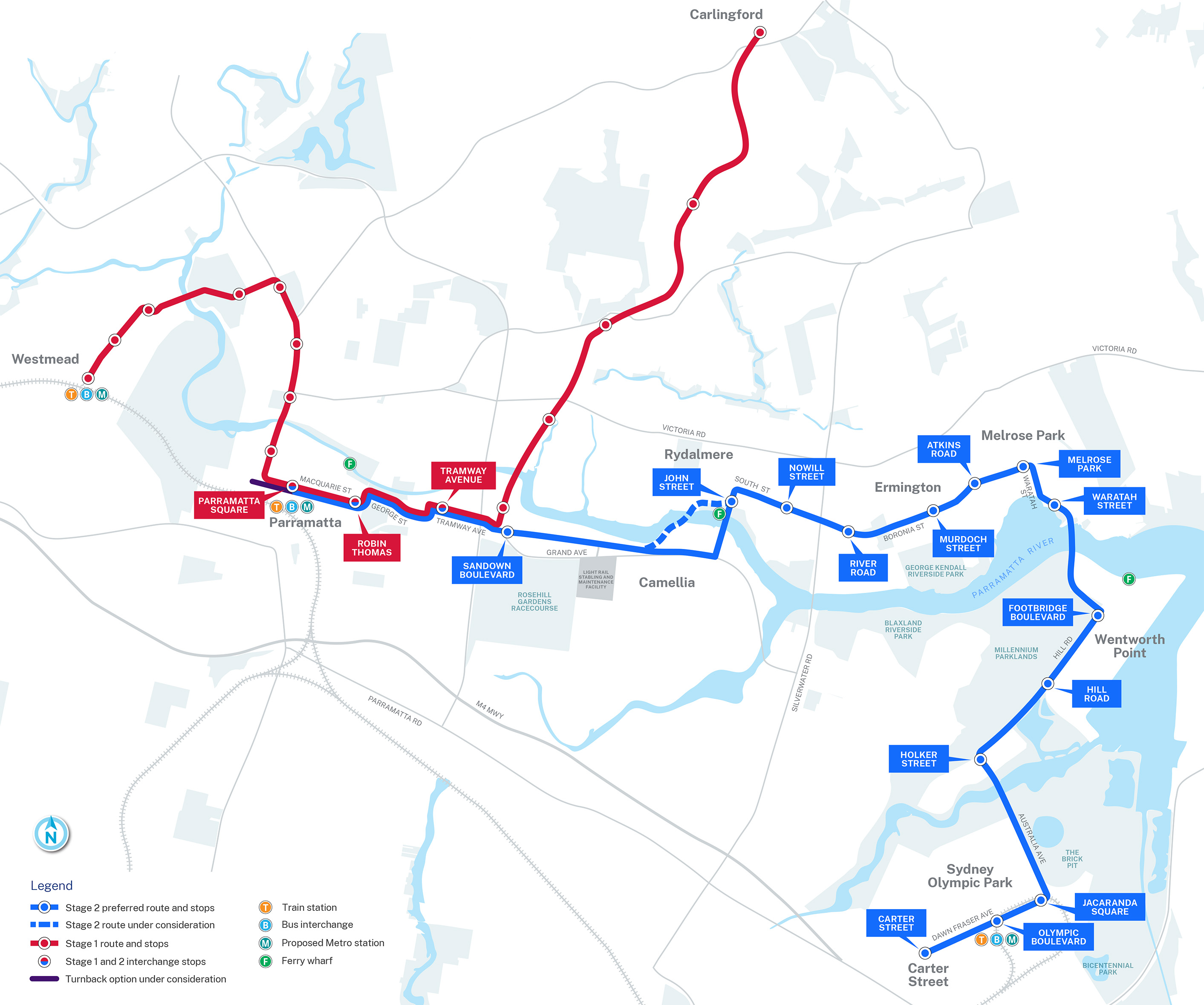