Light rail is a frequent, reliable mode of transport featuring modern, air-conditioned, driver-operated vehicles which run along a dedicated track, bypassing traffic congestion. It is a great way to get around the city and connect to major train, bus and ferry hubs.

Light rail, historically known as a ‘tram’, is operated by a driver and runs within existing streets, often sharing roads with pedestrians, cyclists and cars.

Today’s light rail vehicles are much more modern, streamlined and efficient than those of the past. Light rail often runs in a dedicated corridor and can be powered by electricity from overhead wires, batteries recharged at light rail stops (“wire free”) or a combination of the two. 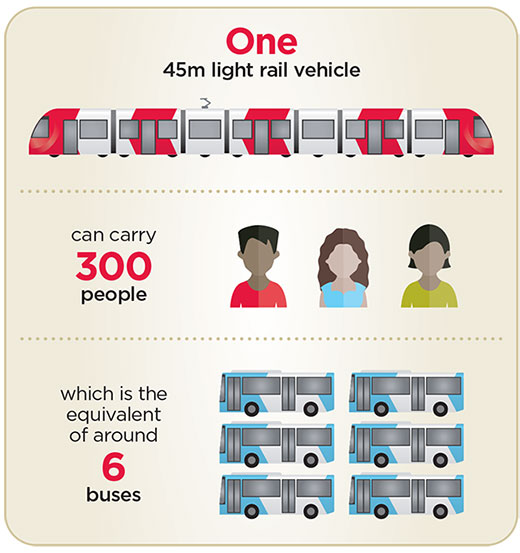 An estimated 130,000 people will be living within walking distance of Parramatta Light Rail stops by 2026.