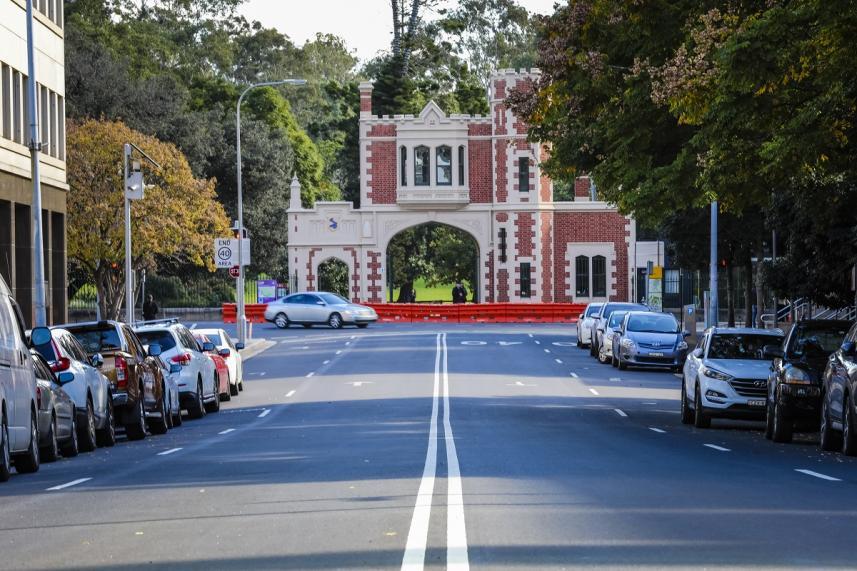 'Enabling works' is the term used for construction works such as the relocation of underground utilities, the modification or installation of traffic lights, road widening, the redirection of traffic flows and changes to parking, to modify and improve the capacity of the existing traffic network.

The new and upgraded roads will increase road capacity and make it easier for traffic to move in and around the Parramatta area.

To increase traffic capacity on O’Connell Street and connections to the north, O'Connell Street has been widened to four lanes from Barney Street to Albert Street, which included the conversion of parking lanes to traffic lanes and addition of median strips which will restrict some turning movements. 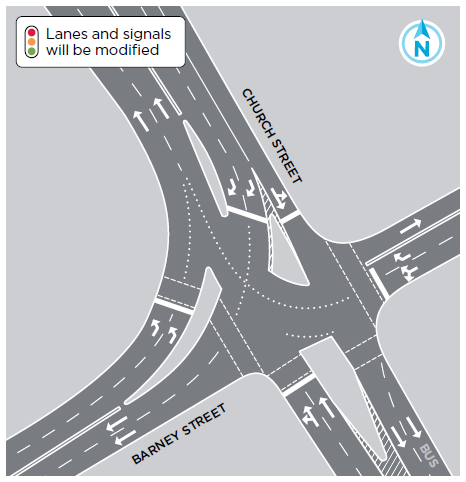 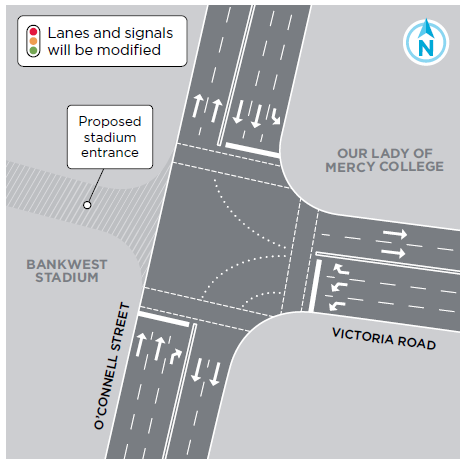 Utility relocation and upgrade works has taken place in the following locations:

Enabling Works have been completed to upgrade roads and increase road capacity to make it easier for traffic to move in and around Parramatta.

To offset the loss of westbound lanes in Macquarie Street due to the future light rail route, George Street in the Parramatta CBD has become two-way, efficiently moving traffic through the heart of Parramatta and redistributing traffic volumes across the local road network.

The Gasworks Bridge underpass accessed via George Street has been closed to general traffic, expanding the public domain of the Parramatta River Foreshore Reserve.

Changes you will see 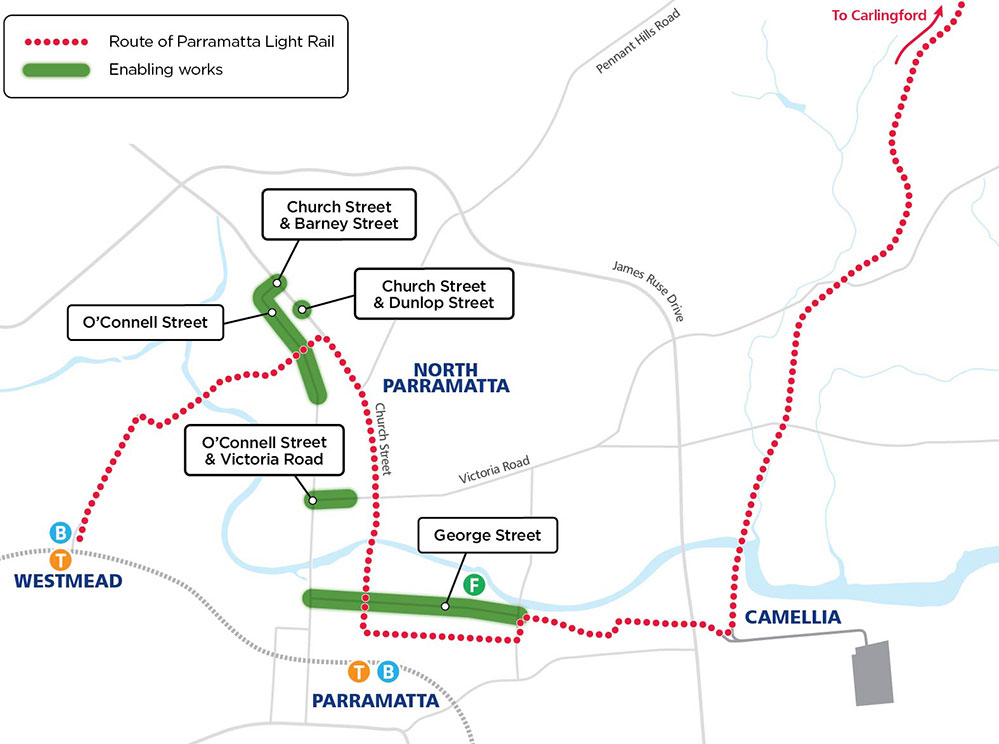