The Parramatta Light Rail, expected to open in 2024, will connect Westmead to Carlingford via the Parramatta CBD and Camellia. To offset the loss of any trees removed as part of the project, Transport for NSW is planting more than 5500 new native and non-native trees in Parramatta streets, parks and reserves to make the local environment significantly greener.

More than 5500 new trees for Parramatta

To date, more than 1600 trees have been planted in the Parramatta local government area. 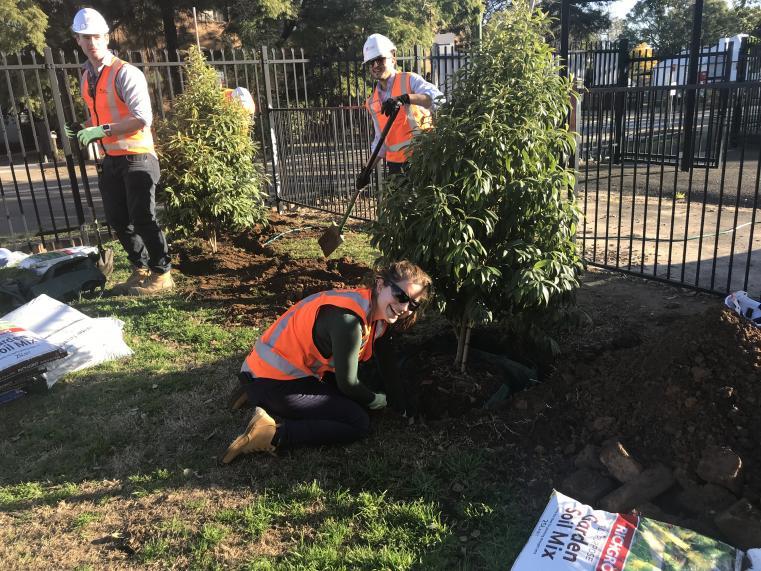 Why are new trees being planted?

Trees are being planted to replace any trees removed to enable the construction and operation of the light rail, at a ratio of between 2:1 to 8:1. New trees will be planted both in and around the Parramatta Light Rail route, in streets that urban heat mapping undertaken by the City of Parramatta Council has shown are some of the hottest in the local government area.

How many trees are being removed?

Transport for NSW remains committed to retaining or replacing trees wherever possible. The 2017 Parramatta Light Rail Environmental Impact Statement (EIS), publicly exhibited for community feedback for eight weeks, estimated that between 1900 and 2650 trees could be removed as part of the project. This is required because some trees are in the path of the planned light rail network, and others require removal to enable associated construction work; for example, where excavation would significantly impact tree roots. The majority are not large or rated ‘high retention value’ as determined by an independent arborist.

The planned removal of vegetation and trees will be completed in accordance with approved Flora and Fauna Management Plans, which outline how flora and fauna will be managed during Parramatta Light Rail construction.

How is a tree’s ‘value’ determined?

The trees that will need to be removed vary in size and species. The majority are not large or rated ‘high retention value’. A ‘retention value’ of ‘high’, ‘medium’  or ‘low’, determined by an independent arborist using a combination of environmental, cultural, physical and social values, is assigned to each tree, or group of trees, according to the Institute of Australian Consulting Arboriculturists (IACA) Significance of a Tree Assessment Rating System (STARS). 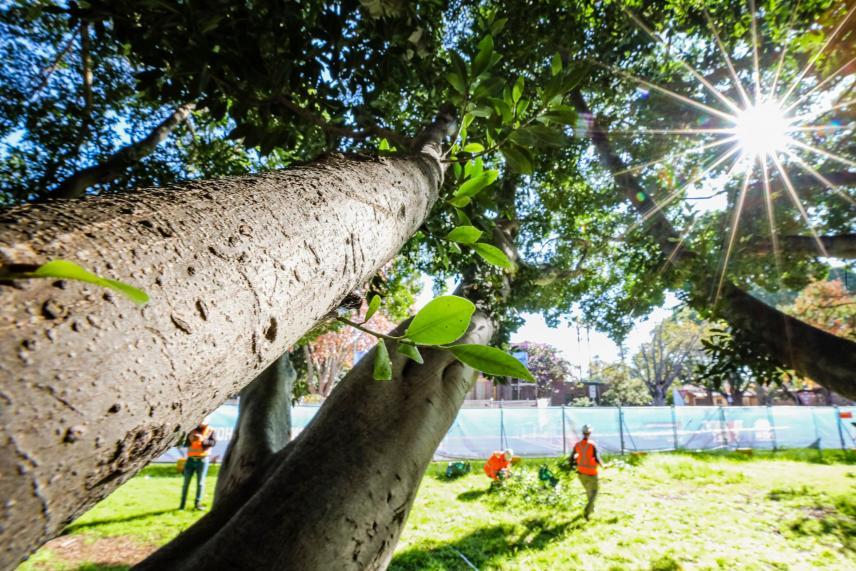 Mature fig trees along the route

Size and species of new trees

Transport for NSW is collaborating with the City of Parramatta Council on the selection of new tree species, size and planting locations. Current species include crepe myrtle, spotted gum, brush box and magnolia. A mixture of native and exotic tree species has been chosen to provide habitat, shade, colour and diversity. This follows careful consideration of current tree performance in the local Parramatta area and the specific constraints of each street, such as overhead power lines and underground services.

Transport for NSW has worked in collaboration with the City of Parramatta to develop the Parramatta Light Rail Tree Offset Strategy. The Strategy aims to improve tree outcomes by planting new street trees and to contribute to urban greening across the Parramatta local government area. It provides key principles for the selection of species and locations for the trees to be planted along the light rail alignment and within its vicinity such as streets, local parks and reserves.

Transport for NSW welcomes innovative ideas for the recycling and reuse of timber. As part of the project’s commitment, timber from 13 trees recently removed from outside Parramatta Gaol has been given to the Deerubbin Local Aboriginal Land Council for repurposing in artworks and historical displays.

Detailed plans and reports relating to trees can be found in the Environmental Management Library.